Today's workout was created in honor of, and dedicated to Captain David "Seth" Mitchell of the United States Marine Corp. He died, tragically, in a helicoptor crash October 26th, 2009 while supporting combat operations in Helmand Province, Afghanistan.

"Seth was an amazing person and true American, loved being in the Marines. He lived life to the fullest and was very dedicated towards everything he did. In the Marines, he didn't start off as a pilot, but he kept at it and got into flight school after 3 - 4 years, nobody would stop him from being a pilot. I remember when he moved to Top Sail Island in North Carolina , he purchased a used longboard (surf board) and couldn't surf it very well, but this past summer he was riding the waves off the beaches of Cardiff Cliffs in California with his Marine buddies. He could never be stopped, he became a surfer! Seth is truly an inspiration, he enjoyed life to the fullest. In between deployments and training, Seth did just that..enjoyed life." - Joe Horst, CrossFit Austin
Posted by CentralKYWLC at 6:00 PM 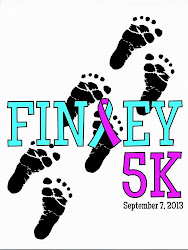